The building’s early life was as a lecture theatre, as part of the Liberal Party’s campaign for the education of the working man.  Charles Dickens is known to have given readings from the stage, perhaps of Pickwick Papers with its Ipswich references?  In the 1920s it was Poole’s Picture House, a cinema that eventually closed in the 1930s when it couldn’t compete with the larger cinemas in the town.

A group of local people got together to try and open a repertory theatre in the town, and after fundraising and a public meeting in the town hall, work started on the building in 1947, eventually opening in the October with a performance of While the Sun Shines by Terence Rattigan,

The Ipswich Arts Theatre began providing entertainment for the town and over the decades offered everything from Romeo and Juliet to Captain Pugwash.  It has more recently been known as The Old Rep, and now just The Rep. Now owners Greene King have made a major investment and it has re-opened again.

The new look is plush and luxurious, including chandeliers, and retains many of its original features.

The Rep on Googlemaps

The Rep, 11 Tower St, Ipswich IP1 3BE.  From Tavern Street (Ipswich’s main shopping street) turn into Tower Street between the H&M and GAME shops go up Tower Street and The Rep is the fourth building on the left.

See map of Council car parks at https://www.ipswich.gov.uk/content/car-park-locations-and-tariffs .  Do not use the NCP car parks as they can be MUCH more expensive.

All Suffolk Tango Classes planned for the remainder of 2020 have been cancelled.
We hope to resume classes from January, 2021. 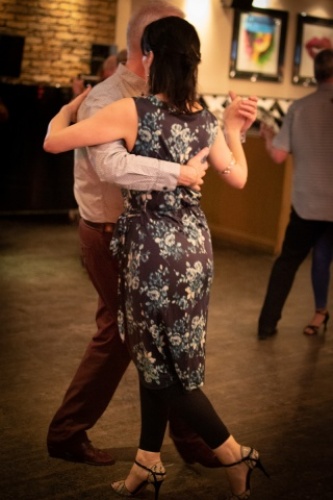